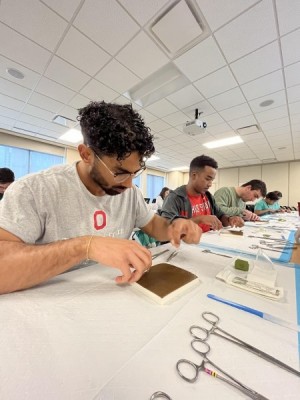 The Ohio State University College of Medicine has adopted curricula and training procedures designed to help the next generation of physicians identify and redress systemic racism in the medical field.

The college has implemented an educational program for first-year medical students that explores racial disparities in medicine. The college has also incorporated manikins of color and melanated suture pads in clinical simulations. 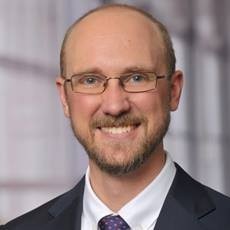 Manikins replicate the full body or a portion of the patient, such as the head, neck and airway passage, Read said.

“In some cases, they can be augmented reality trainers, where it appears like a real torso and you’re doing, for example, an ultrasound,” he said. “There are computer sensors, so it can mimic a real case.”

Manikins of color are important for medical students to become accustomed to tending to patients from diverse populations, said Sheryl Pfeil, medical director of the CSEAC.

“In simulation, the realism, or the suspension of disbelief, is very important to the learner. It’s important for students, learners of any sort 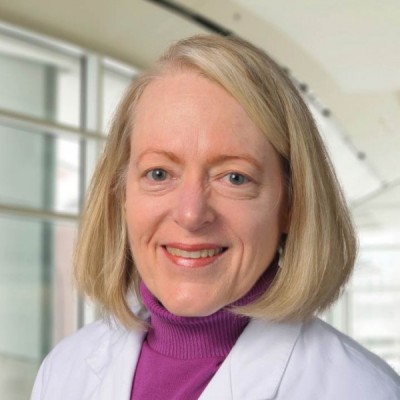 Shane Scott, a fourth-year medical scientist trainee who was instrumental in the College of Medicine’s acquisition of manikins of color, said he noticed the lack of diversity in medical simulation equipment when he applied to and visited medical schools in 2019.

“When I arrived in a lot of these spaces doing medical simulation, what I found was that at all the schools that I went to, I couldn’t see a manikin that looked like my grandmother, that looked like the people who inspired me to be in medicine or some of my friends and colleagues who I know we eventually will serve,” he said. “I felt great courage here at Ohio State to ask, ‘Are there any manikins that look like me?’”

After enrolling at Ohio State, Scott said Pfeil; Read; Jennifer McCallister, associate dean of medical education; and Mark Landon, chair of the College of Medicine’s Obstetrics and Gynecology department, supported his advocacy for manikins that present a more realistic representation of patients.

“We said to each other, part of the realism is incorporating manikins that were of darker skin tone,” Scott said. “We’re going to see diverse-population patients. You go into the James, you don't just see white people coming into the James for care.”

While studying venipuncture, a medical procedure in which veins are punctured for intravenous injections or to draw blood, Scott said he discovered that the College of Medicine had only four simulation sleeves that resemble Black skin.

“I said, ‘If you have only four, they should be in every single session so people feel represented,’” Scott said. “I had to get evidence to support what I was going to bring to the student council and to Dr. Landon and Dr. McCallister.”

Scott gathered data to make the case for the College of Medicine to not only use dark-toned sleeves in every venipuncture simulation, but to purchase additional manikins of color. He campaigned on the issue when he was elected president of the medical school class of 2023 for the 2019-2020 academic year. He interviewed his fellow medical students, both those who were relatively new and those who were about to graduate, and found that few had worked with the dark-toned sleeves.

Scott also came across a study that found that 96% of the inventory that manufacturers market to medical schools only feature white manikins. He and his classmates who had made similar observations set out to effect positive change.

“We’re looking for diversity – this is our education – and we’re invested in creating a more diverse educational space,” Scott said.

Manikins of color are relatively new to medical training and only began being manufactured in recent years, Read said.

“Dr. Pfeil and I, and our team, have been really clear with our manufacturers, the people who we are purchasing from, that we want diverse options,” he said. “I think we’re not unique. This is a very common topic within simulation right now. A lot of the centers that are larger and have purchasing power like Ohio State, our stance on wanting more diversity is pushing these manufacturers to produce it.”

“One experience that really stood out to us, was we were learning about keloids and how they are most common among the Black community, but the image they chose to show us in our lecture was on a white person,” Salem said. “I think a lot of us stood back and were like, ‘Wait a minute, this is something that we would identify among the Black community, but we weren’t being shown that.’”

In 2020, amid the nationwide movement against racial disparities, Haber, Kola-Kehinde and Salem approached CSEAC administrators about incorporating melanated suture pads. Scott Winfield, a medical simulation specialist with the center, assisted the students in making their request a reality.

“All of us had a discrepancy and weren’t really content with the lack of melanated skin representation,” Haber said. “There were only one or two simulated bodies that resemble melanated skin, and there were none with suture pads. All three of us decided to make an effort to implement those.”

The teaching module includes a pre-lecture survey to evaluate medical students’ knowledge and attitudes about racism and racist beliefs within the medical community. The survey is followed by a recorded lecture.

“The overall purpose of the lecture was to trace the roots of medical myths about Black bodies to all of the present-day health disparities,” Fadoju said.

“Some of the topics that we talked about were things like the use of race correction in spirometry to identify pulmonary function testing,” Inshaar said. “We tied that back to history in terms of slavery and how enslaved Black people were seen as having lower lung capacities.”

The lecture also dispels the myth that Black patients have thicker skin and higher pain tolerance.

One objective of the lecture is to stimulate group discussions on how health care workers can become aware of and rectify subconscious biases, Zewdu said. Another objective, she added, is to counter the perception that when patients of color report disparate treatment, their experiences are not rooted in reality.

“These are not anecdotes; these are not subjective pieces of information. This is all gathered from peer-reviewed journals,” Inshaar said of the lecture. “This is not even data that we collected, this is national and international data. All these independent bodies are making this argument, and so I think it’s a little harder to dispute when you pose it that way.”